Notice: Due to COVID-19, we will be conducting all consultations either via video chat, phone, or email. Please don’t hesitate to call us if you have any questions!
June 08, 2017
By Mazza Law, PLC 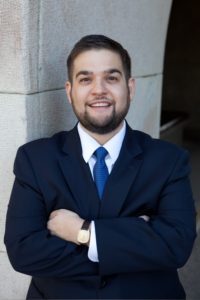 Mazza Law Center is pleased to share that attorney Danny Mazza has begun his term as President of the Young Lawyers Division (YLD). The YLD is a subdivision of the State Bar of Arizona, which focuses on supporting new attorneys who are under 37 years of age or have been in practice for five years or less. Currently, the Division has approximately 4,000 active members in the State. Danny was elected to the position by his YLD peers in July 2016.

As YLD President, Danny will be a voting member of the State Bar of Arizona Board of Governors and a member of the Strategic Planning Committee. The Board of Governors is comprised of 30 members and oversees the policy making and operation of the organization. In addition to his responsibilities with the Board, Danny will be representing the Arizona Young Lawyers Division at the American Bar Association Annual Meeting to be held in New York City this August.

We are thrilled that Danny has been given the opportunity to support his fellow “young” attorneys and to assist with the community’s legal needs.

Learn more about Danny and his law practice here.